Raised in Montgomery, Alabama in 1861, The 10th Alabama Infantry was attached to The Confederate Army of Northern Virginia, during The American Civil War. The Regiment consisted of (10) Companies of Infantry and numbers over 1,400 Officers and Men. The 10th saw consistent and deadly action in some of the worst Battles of The War, to include Antietam, Chancellorsville and The Wilderness Campaign. They lost over 400 effectives at Pickett's Charge (July 3, 1863) during The Battle of Gettysburg.

Later, The 10th -  now well undermanned, was sent to participate in The Defense of Petersburg, Virginia. But as such was consolidated with other understaffed Alabama Regiments. Only 200 surrendered with Lee at Appomattox in 1865. 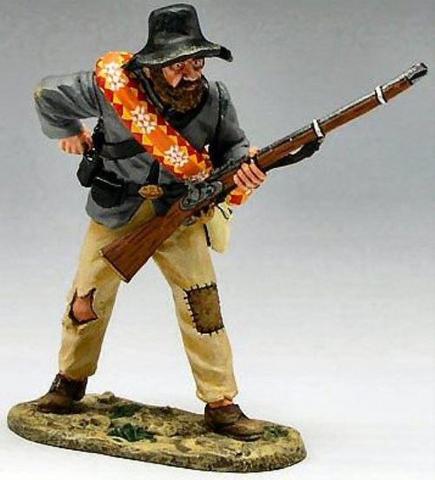