The Company of Masters was the predominate School of Swordsmanship and Combat Arms training in 16th Century England. It was established by King Henry VIII to teach standardized tactics and forms to English Noblemen and Military Officers, to counter the Schools in Germany, France and Italy. In addition to The Rapier, Quarterstaff and Broadsword tactics were taught. The King recruited some of the finest Instructors in Sword (with many coming from Sweden). The training was codified and printed in a Manual form as well. Although it declined in the 17th Century, the modern British Academy of Fencing (established in 1949), is considered the current linage to that famed School of The Sword. 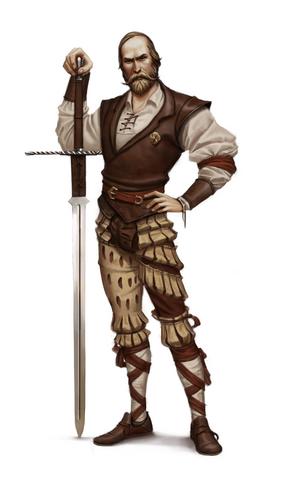