The Commonwealth was a Period of English Government which existed from 1649 until 1660. Brought about by a series of Civil Wars (1638 to 1651 collectively), it was borne from the dissolution of the long standing Monarchy (last held by Charles I). Based on a self-governing principle guided by an established Parliament, it was this same Governmental force that still maintained graft and corruption. So much so, that Oliver Cromwell, orchestrator of The Revolution and Commander of it’s Armies, came out of self imposed retirement to use his former Army to seize and disband Parliament. Establishing Himself with the Title of ‘’Lord Protector’’, England’s Commonwealth was (at times), no better. High taxes and continued civil unrest in Wales, Scotland and Ireland, created an unsteady and at times unreliable Government. When Cromwell died in 1658, it was His elder Son Robert who inherited The Title. Unwilling to serve as dedicated as His Father, the established Protectorate Parliament  accepted His resignation and was determined to re-establish the former Monarchy. In 1660, the Son of executed King Charles I – Charles II, was recalled from exile and The Monarchy was re-installed. However, the established ‘’Constitutional Monarchy’’ foundations were laid, with a strong people’s elected House of Commons, would cause the former ‘’Divine Right’’ of Monarchy rule, to be forever clipped into a ‘’Figurehead’’ at best. 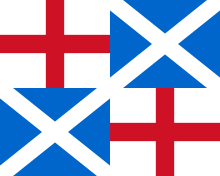