The ''Combat Box'' was an aerial Formation used by The US Military in World War II. The Tactic was first implemented in 1943 and was at it's height in Europe until 1945. The procedure was designed for Bombing Groups to make maximum usage of their defensive weapons – while concentrating their munitions (bomb) patterns, when deployed.

A Bomb Group of (4) Aircraft (typically), would fly in a Square or ''Box'' Formation. Each Plane occupied a ''corner'' and matched airspeed to maintain shape. Both ''close'' and ''spaced'' Box Formations could be used. Each Bomber supported (13) Machine Guns throughout it's fuselage. By using The Box Formation, each Aircraft was closely supported by another set of Guns. This Formation created a ''kill range'' of (52) Guns in close support. This patterned allowed for greater success in returning ''home alive''. It's drawback was that it made The Group more prone to being hit by ground Flak Batteries (who could target easier ''bunched'' targets). This meant that sometimes, Groups had to seek higher or maximum altitudes. While effective, it made precision bombing much more difficult.

In addition, The Formation, when it's munitions were deployed, allowed for a concentrated bombing pattern on targets. This created a more destructive effect on the ground – destroying more property or assets. The Tactic is still taught and used (by both Fighters and Strategic Bombers). 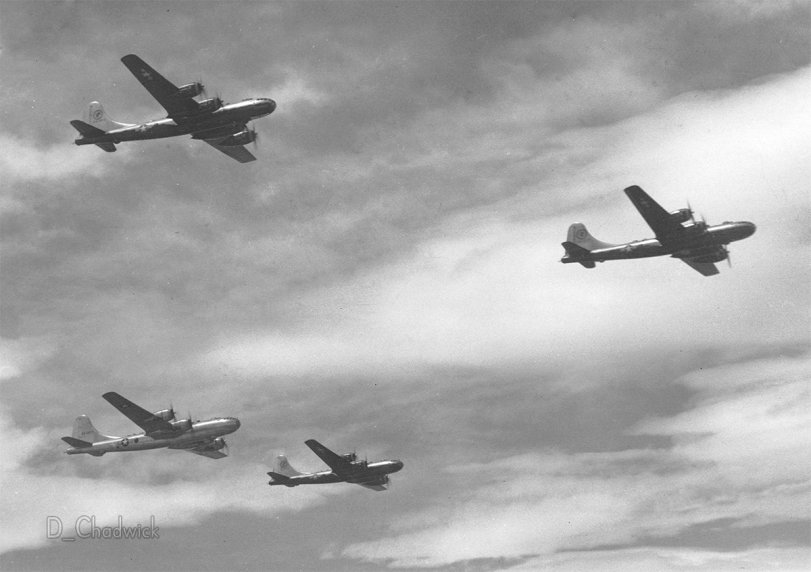