Related to (but not the same as an Honor Guard), The Color Guard for an Army or Military Unit traces it’s lineage to The Middle Ages. In particular during The Hundred Years War between England and France, it was common for opposing Armies to array their Flags, Banners and Standards before each other. Often, these Flags were representative of The Nobility or Royalty that had fielded (or financed) the Army in question. Like an Honor Guard, physicality was considered for assignment to carry a Flag – as was the Person assigned a weapon to protect The Unit. However, a Soldier or Warrior carrying a weapon on either flank of The Colors (Flags) need not always be assigned (as is traditional with an Honor Guard). In marching, The Color Guard would set the “pace” of The March for The Army marching behind them. Color Guards were also used to identify the location of a Field Commander (General or Marshal). They were to remain with a General Staff (other subordinate Officers) and not go into battle. A Color Guard today normally consists of Flags and Banners relating to an assigned Unit, Organization or National Emblem. Some Civic Organizations and Schools also use Color Guards. 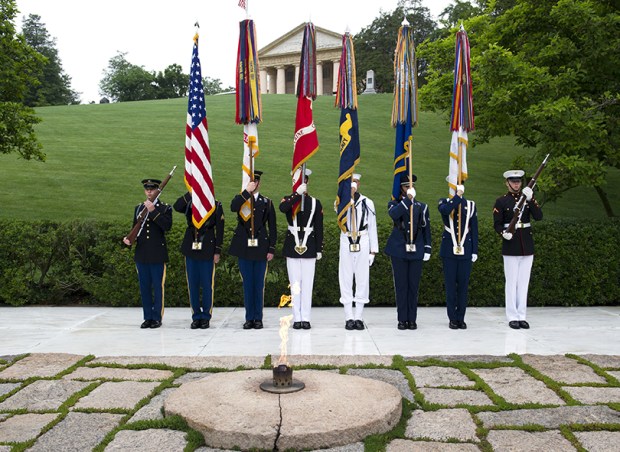