Perhaps not even an individual – but ''collective'' of People, the name of ''Colonel Plug'' was applied to a River Pirate(s), active on the Ohio and Mississippi Rivers in America, around the 1820s. Also known as ''Boat Wreckers'', He (They) attacked River Commerce Ships, small River Port Towns and Cities and Passenger Shipping. Perhaps ''trained'' by The US Army, 'Plug'' operated Keelboats, Canoe and Flat (Barge) Craft, outright attacking in broad daylight as well as by night. The favored tactic was for one of The Pirates to swim under a Ship's Hull and boring a hole (causing it to sink, slowly). Once done, ''Plug'' made His intentions known, by which the crippled Vessel was boarded and robbed (to include any Passengers and Crew). Resistance was met with ''deadly force'' most times.

At one point, The US Army tried to stem Colonel Plug. Their ability to hide in deep swamps and nearby woods, made this almost impossible (as most smaller Commands would not dare launch an Expedition into The ''Pirate Liar''., a supposedly reinforced Cave). By the 1830s, most Town's along the Rivers formed their own ''Navy'' (again mostly Keelboats), and were heavily armed. These Forces went searching for Plug and His Crews. While some would return to boast of their ''killing'' Plug, no concrete evidence was ever brought forth to by the 1850s, while River Pirates and Bandits were still a threat, most activities had all but died out. 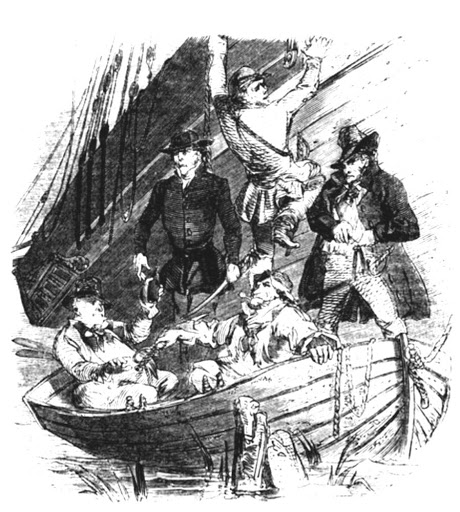