An unusual Military Order of Knights raised by King Alfonso of Aragon – in 1122 AD, The Cofraternity of Belchite maintained a strict religious and military vow. Their military oaths promised (unto death) to ''persecute The Pagan, wherever found''. The Order was among the earliest to adopt a ''zero tolerance'' toward The Muslim Faiths of The Middle East during the Early Crusades. In short, ''conversion'' was not an option – just elimination of an ''Enemy''.

Further, The Order was also a ''good source'' of income to King Alfonso. During many of their Expeditions, ANYTHING taken from an Enemy – was equally dived and given over promptly, to their Sovereign. None were known to ''pad the records'', as it were. As such, The King trusted The Cofraternity (something most Monarchs could not boast of their Military Orders).

The Cofraternity is often compared to the zealous nature of both The Order of Templars and those of The Knights of St. John. And like them, The Cofraternity fell prey to greed and the promise of Title. Many of The Order where stationed in North Africa by the 13th Century. They were tasked to take control of Muslim Forts (which were often surrounded by Muslim Villages). Seen as fair, many of the local populace saw The Order as ''friendly Masters'' (so long as they did NOT practice their Religion in Public). Soon many put The Order into positions of Control with Titles such as ''Baig'', ''Agha'' etc.

Seeing themselves as tapping unlimited power, wealth and money – much of The Cofraternity simply stopped being a working Order. Some speculate with The 2nd Crusades winding down, many Orders did not want to go back to sedentary life (preferring their new life as a Lord). The Cofraternity is not mentioned much after the 15th Century AD. 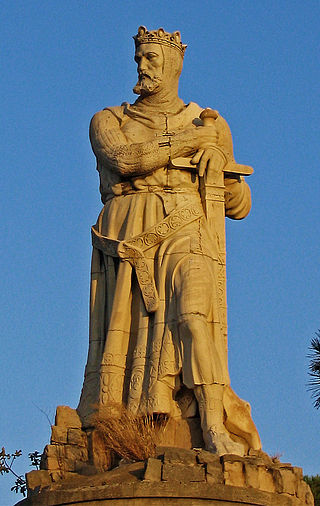