This innovation in weapons (from The American Civil War), is as unique as it is deadly. Coal Torpedoes were hollow, irregularly-shaped - cast iron shells (pitted and scarred). Covered in coal dust, they were filled with concealed gunpowder. As steam trains were the predominated form of land transportation in the Era (and more so for The Army), these devices would be hidden in coal bunkers. When the locomotive engineer shoveled in the deceptive pieces of "coal" into the engine fire, a suitable explosion would result (at the very least killing the crew). With steam becoming more and more a part of ship travel, one can imagine the damage that could be done if enough Coal Torpedoes made it into a ship's boiler!

Invented by Capt. Thomas Courtnay, their initial deployment was destined for the Northern naval blockade of The South. Although all "documents" relating to their success were destroyed when the Confederate Capital of Richmond was burned - many verbal "legends" relating to their success are know. Many Northern "River Fleets" (warships and related floating devices designed for shallow water use), were mysteriously sank. Additionally, with the disaster of the steamship Sultana, in which 2,400 people died in a mysterious explosion - many speculated it was Coal Torpedoes. Special Operation Forces of both the British and American Armies used a form of the Coal Torpedo in World War II as well. 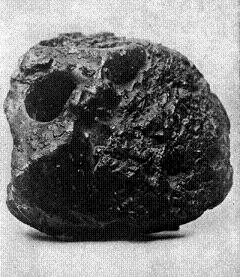