Beginning with the 13th Century, Mechanical Clocks used for time keeping, became an innovation which slowing began to justify, the need for re-calculating traditional Calendars. Conversely, with several different forms of Calendars in use – caused for issues in determining proper agricultural methods in Farming. The use of finely made Mechanical Clocks (first seen in Germany), soon became very much in need. However, few had the “technical abilities” to repair or even keep such Devices running to the necessary exact time. Enter the Medieval Profession of “Clock Keeper”.

Part “Repair Person”, a Clock Keeper was often paid great sums of Monies to maintain “official” time within a Kingdom. While the average Person had not learned to “tell Time”, Nobility and Royalty did understand the new methods for reckoning Time. Most Clocks of this nature were keep in Palaces. Later when the general Populace had learned this new method, Tower Clocks were installed at least in one Centralized location within The Kingdom.

Clocks of the 13th to 15th Centuries ran by applied kinetic motion (energy), maintained by a series of levers and (at times) massive spring tension systems. Some forms experimented with hydro (water) power (an altogether not unknown form of power supply). The Clock Keeper became a very important person with regards to his ability to maintain perfect precision with regards to a Clocks movements.

Later, Clocks became an important function of Churches and Cathedrals. Often, Great Bells were now being affixed to the Clock mechanisms (14th Century), which “sounded” the Population of a Town or City to religious Services. In private Noble Manors, in which a Lord may have many hundreds of the now popular smaller Clocks, required that these devices be wound by hand, at least once per day. This task could take the better part of a day for an employed Clock Keeper.

In time, with advances in technology – Clocks would eventually become electric and thus removed the need for a specially trained and dedicated Clock Keeper. However, some still are employed throughout Europe, still maintaining a tradition well over 600 years old. 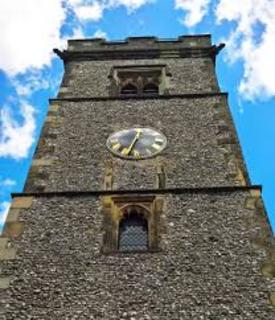