One of the oldest forms of Fortifications, The Citadel Defensive System has been discovered as far back as 3000 BC (Indus Valley). The term ''Citadel'' means a ''fortified portion within a City''. The genesis of ''Citadel'' can also be used to describe any Castle, Keep or related defensive structure within a Town or City. In The Middle Ages, when Fortifications were further extended by Outer Perimeter Walls, linked by Bastions and related – a Citadel was a fortified smaller ''Fort'' which added to the overall defensive qualities of the Fortification as a whole. Often, early Artillery and Firearms were placed within these Citadels. Their overall purpose was to create a ''fall back'' position should an Enemy breech said defenses. With advances in Military technology, and the vanishing of the traditional ''Castle'' Defense, many larger European Cities and Towns (who could afford them) – designed massive protective walls around their Cities. These structures were protected at intervals, by Fortified Towers. The term Citadel is also applied to these structures.

If well maintained, a City (with proper supply abilities) – could used this Citadel System to resist long Enemy sieges. Examples of such would be during The Italian Unification Wars of the 1860s-70s and the more ''Modern'' Spanish Civil War (The Siege of Alcazar, 1936). Military Aviation and more powerful Artillery, quickly negated The Citadel System of defense – so that by the early-20th Century, the need to create them ended. Many examples still have survived (both Ancient and otherwise). This is due in part to the excellent manner of construction used. 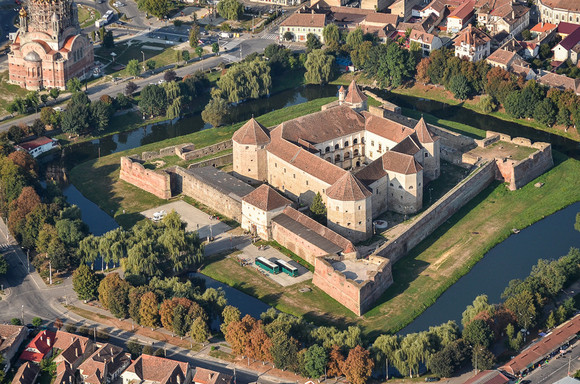