The ''Chludov Psalter'' if a 9th Century AD illuminated manuscript which portrays on one of three surviving early Byzantine examples of Iconoclasm Art. While many Historians cite that the Psalter (Prayer Book), was designed to show the need to avoid Christian ''physical'' Icons (Statues), it was done (produced) in secret, possibly in a Western Roman Province (as opposed to The Eastern Church). The Chludov Psalter would eventually make it;s way back to The Eastern Empire and was kept in Constantinople (Hagia Sophia). It survived The Ottoman Invasions of the 15th Century AD. It was re-discovered by Aleksey Khludov in 1847, who in turn purchased it and brought it to Moscow, Russia (where it has remained since). 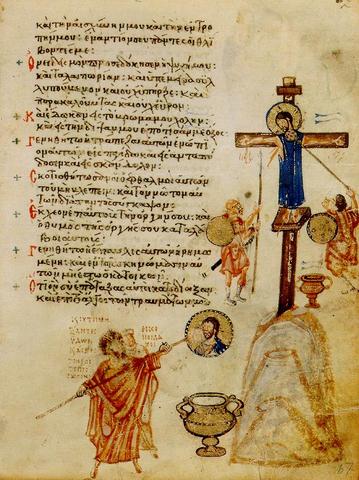