Founded in 1046 BC and lasting until 771 BC – The Zhou Dynasty was one of the longest Dynasties in Ancient China. Only occupying the Upper North West (and slightly East) portion of China, The Zhou were the first to0 use Chariot Warfare, supported by Mass Infantry (both Trained and ''Melee''). The Zhou Armies were broken down into (2) Main components. The first The ''The Six Armies of The West'' and the second, The ''Sight armies of Chenhzhou''. For almost 20 years, The Zhou armies were at a state of constant War with Mongol Incursions all along their far Northwest Borders. In time, The Mogol tribes would unite and effective fight as a single Military Formation. As such, in 957 BC, The Zhou Armies and it's King Zhou (Ji Xia), were wiped out at The Battle of Yangtze.

Most Zhou Military Formations were well commanded by experienced and dedicated Nobility as Officers. However, much of their Armies were conscripted ''Melee Men'' and hard to discipline and train. Only roughly 20,000 of their 100,000 strength were ''trained Professional soldiers). The Zhou Conscript wore no armor and fought with either Spear or Battle Axe. The ''Professionals'' were finely arrayed with Breastplate and Helmet. A rudimentary Neck Gorget was also used to prevent decapitation. Weapons included Bow and Arrow, Sword and Spear. 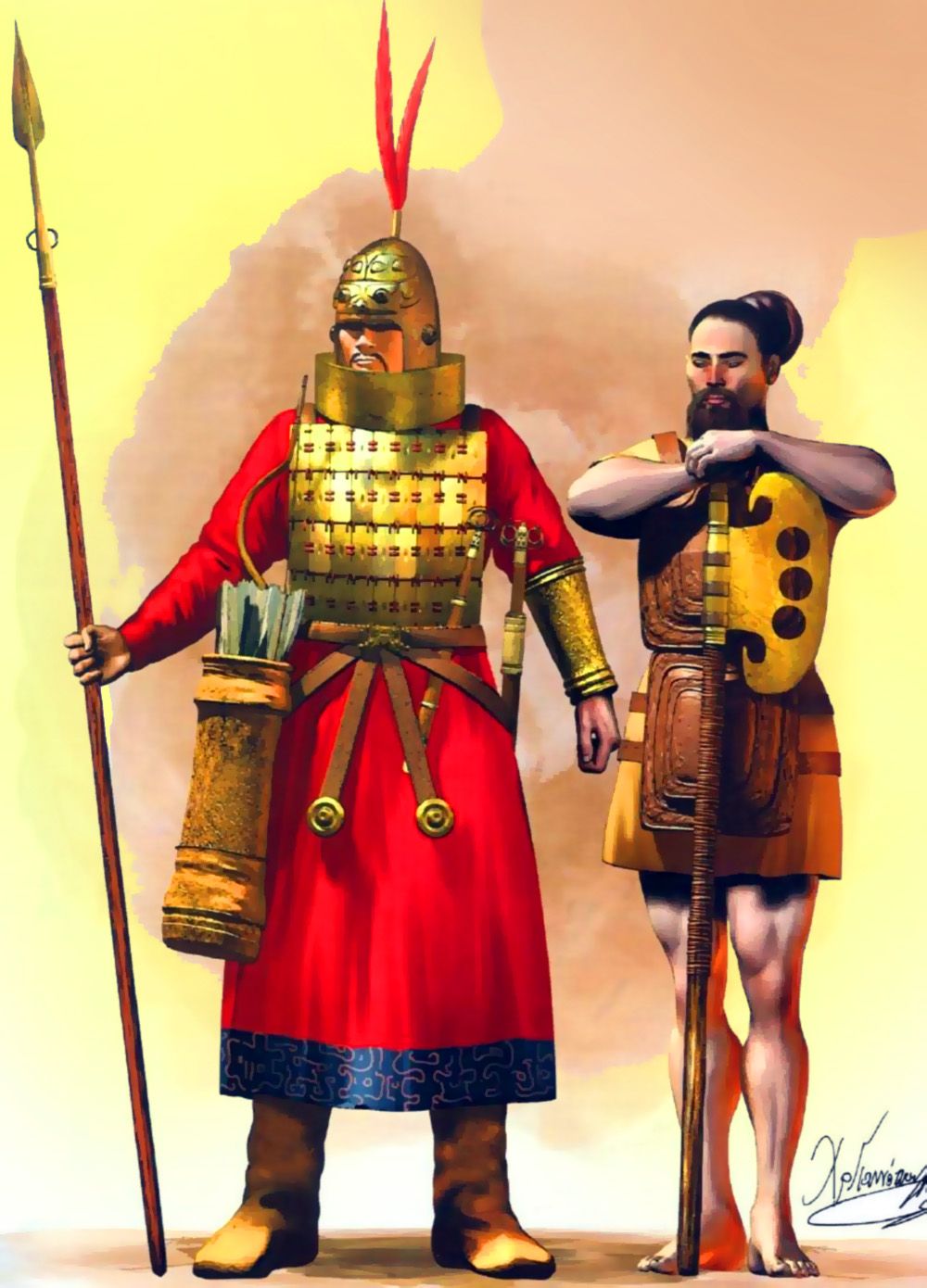