Developed and fielded in 1967 by The Chinese People's Liberation Army, The Type 67 incorporated several successful Soviet components, most importantly a reliable, rapid fire trigger sear (which regulated automatic and sustained fire). Chamber for the 7.62mm Round, The Type 67 was a tripod mounted, crew served weapon (2 soldiers). The Type 67 harkened back to The WWI Maxim Gun configuration, proving the adage that sometimes ''older designs made good designs''. Lightweight at 25-pounds, the barrel and receiver group together measured 65-inches. Belt fed, The Type 67 had a 700-rpm cyclic rate, and had a maximum effective range of 1,000-meters.

First exported to The North Vietnamese Army (NVA) during The Vietnam War, The Type 67 also saw service in The Afghanistan War of the the 1980s (Freedom Fighters used them against Soviet Occupation). Still reliable and easy to maintain, several examples have been seen in used recently during The Yemeni Civil War of 2015. The Type 67 is still produced (in limited numbers). 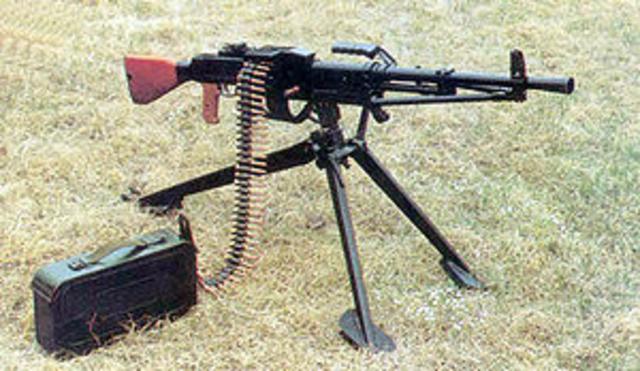