A Self-Propelled Anti-Aircraft (Mobile) Gun developed by The Chinese Army in the 1950s, The Type 63 was based (in large part) on similar Soviet designs of The Cold War Era. Basic in construction and functionality, The Type 63 was tracked chassis which was powered by a 12-cylinder diesel Engine, capable of 580-HP. The Type 63 weighed roughly 32-Tons. Crew served by (6) soldiers, the Type 63 featured an open Command Cuppola, protected by 1-inch steel plates, surrounding. At 20-feet in length (10-feet width), The Type 63 used dual 37mm Guns, operating on a 360-degree rotating base. The weapon could achieve a 90-degree barrel elevation. Highly fast at a flat land speed of 35-mph, The Type 63 was exported to The North Vietnamese Army during The Vietnam War (1965-1975). The majority of these imports were used to defend The Capitol City of Hanoi (along with SAM Batteries) – against US Bombing Missions. The Model was in inventory with The People's Army (NVA) until 1990. One such Type 63 (captured by The South Vietnamese Army during The War), was given to The US Army. It is currently displayed at Fort Sill, Oklahoma (US). 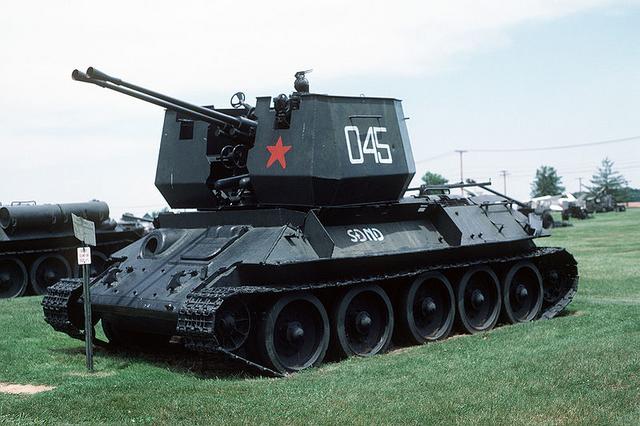