The ''Tang Pa'' was a Class of improvised weapons that were common to The Ming Dynasty in the 14th Century AD. Akin to The European Ranseur Pole Arm, there were several varieties developed. Not an ''elegant'' weapon, The ''Pa'' derived from a common Raking implement used by Farmers. Often conscripted into Ming Military Service as a type of ''Quasi Militia'', these ''Soldiers'' had no training and little in the way of effective Military equipment.

The Pa was roughly 6-feet in length (modified from 3 to 4-feet as a Farm Tool), and featured Rake Tines in a wide spread for a weapon “Head''. These Tines were made of iron that were sharpened. Often, Pa featured small extensions coming from the Tines in different directions. Some Pa ''Heads'' could be several feet in width.

In usage, The Pa could be used as a thrusting weapon, which could cause severe injury to an unarmored Foe. They could also be used in a sweeping motion to cause cuts and lacerations. Naturally, The Pa had no effect on moderate to heavy Armor. 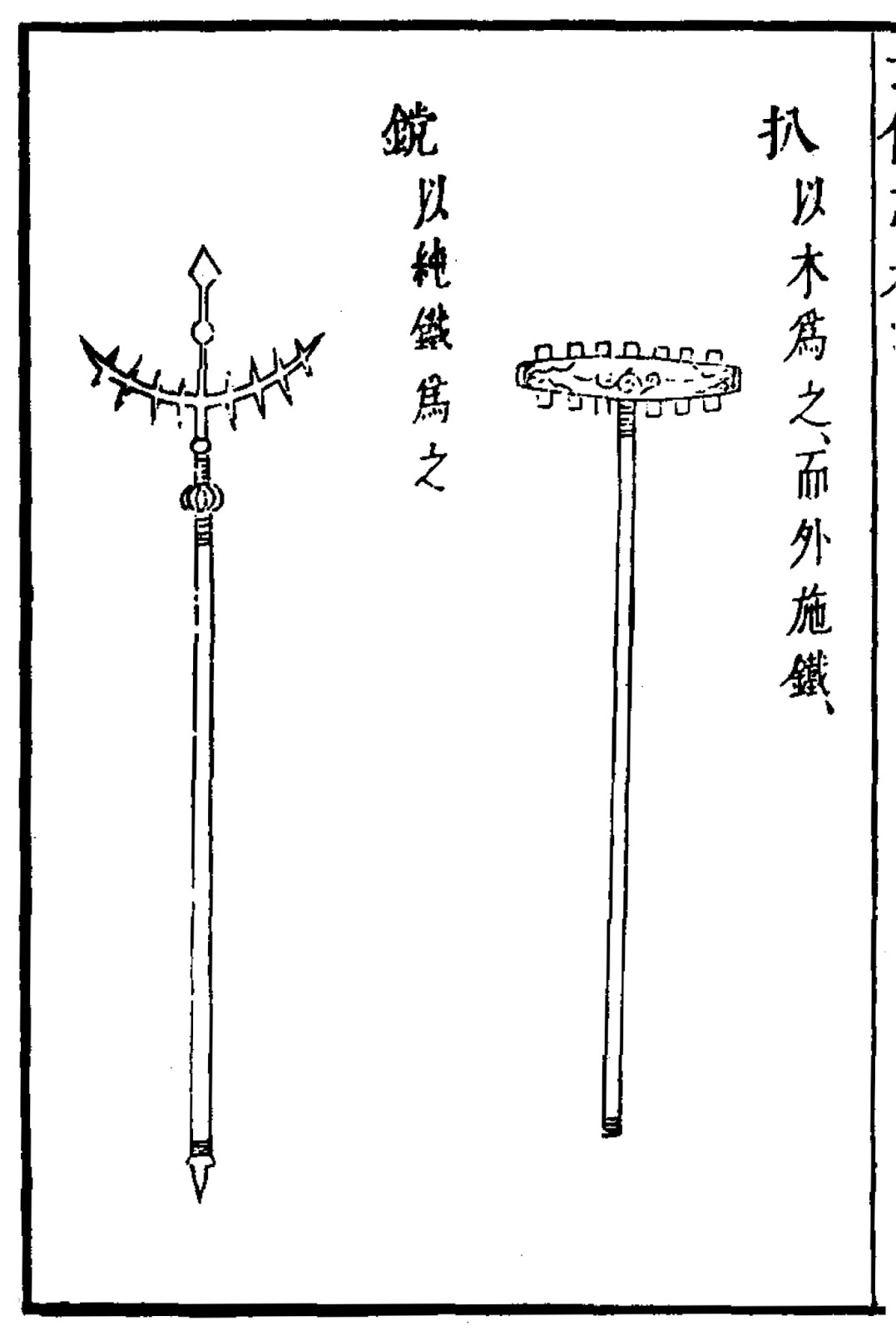