The Chinese Medieval Pole Arm known as The ''Snake'' Spear was common with many Chinese Armies, from the 15th thru 18th Century. Although replaced by and large with Firearms, The Spear was still a staple with many Imperial Guard Battalions and as a Ceremonial weapon as well. The Spear took it's name from the wavy, ''Snake'' shaped blade which was installed on it's tip. The shape allowed for maximum penetration through light cloth Armor, allowing for maximum damage to an Enemies internal organs (being able to bypass rib bone without becoming ''snagged'').

Roughly 6-feet in length (Staff), with a 2-inch diameter, the styilized blade was 3-feet in length and slightly sharp at the tip (which was forked, much like the tongue of the Reptile). The waves of the blade were very sharp, which allowed for the aforementioned penetration. 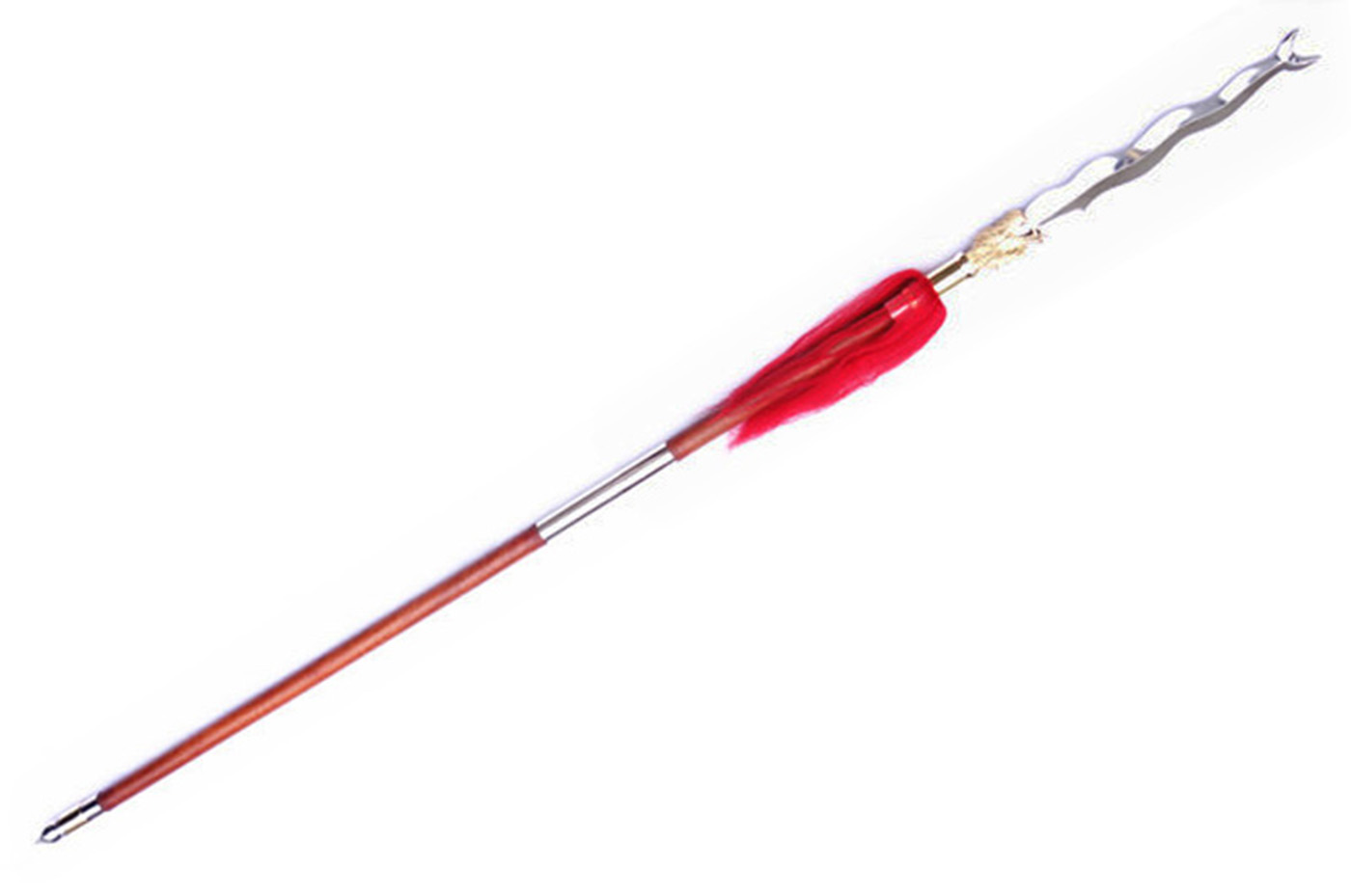