The Ming Dynasty of China existed from 1368 to 1644. It encompassed almost half of Eastern China (as far North to the Border of The Mongol Empire to as far South as Southeast Asia (Vietnam). The Ming Emperors maintained a professional Army of 1 Million Men and an effective Naval Force. Education and Exploration were greatly furthered during the life of The Dynasty.

The Banner used to identify The Ming Emperors was a Right Angled design, which featured a Yellow (or Golden) Field. Towards The Banner's Hoist was a White Circle, into which was placed The Chinese Sinograph (also known as Logogram) – Letters to represent The Ming Dynasty. The Letters represent ''Lightness'' or ''The Sun''. This design would have been used by most Imperial army Units (non-conscripted), in addition to other Command Colors. 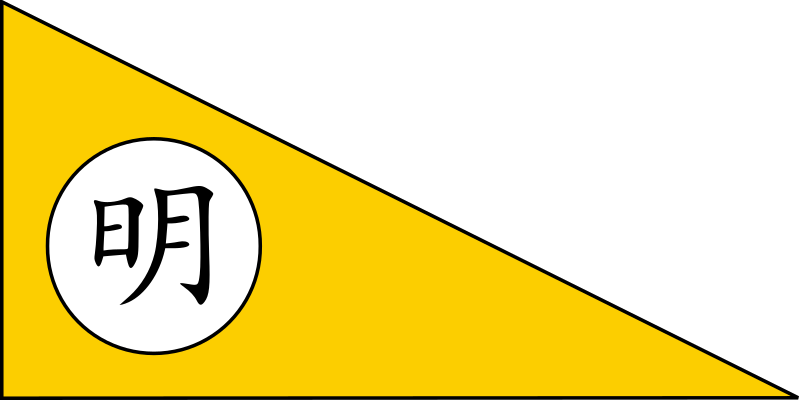