A Chinese Military Formation common with The Ming Dynasty of the 14th Century AD, the so-called ''Mandarin Duck'' was a massed Infantry Formation, used to exploit gaps made in Enemy Infantry Positions. The Formation involved (2) closely formed Lines of Infantry in ''Line Formation'' (Left and Right). The space between these two Lines was roughly 8-feet. In front of these lines was 5 to 10 Soldiers, normally equipped with Sword and Shield. These were the ''Bill'' of The Duck, and used their Shields to push back a confused Enemy trying to re-group.

The Lines behind The ''Bill'' would fan out in an improvised wedge (as with a pair of ''wings''). The whole formation would then move forward in such a way as to move into the opened gap made and – fanning outward, created two solid lines of Infantry to move forward. 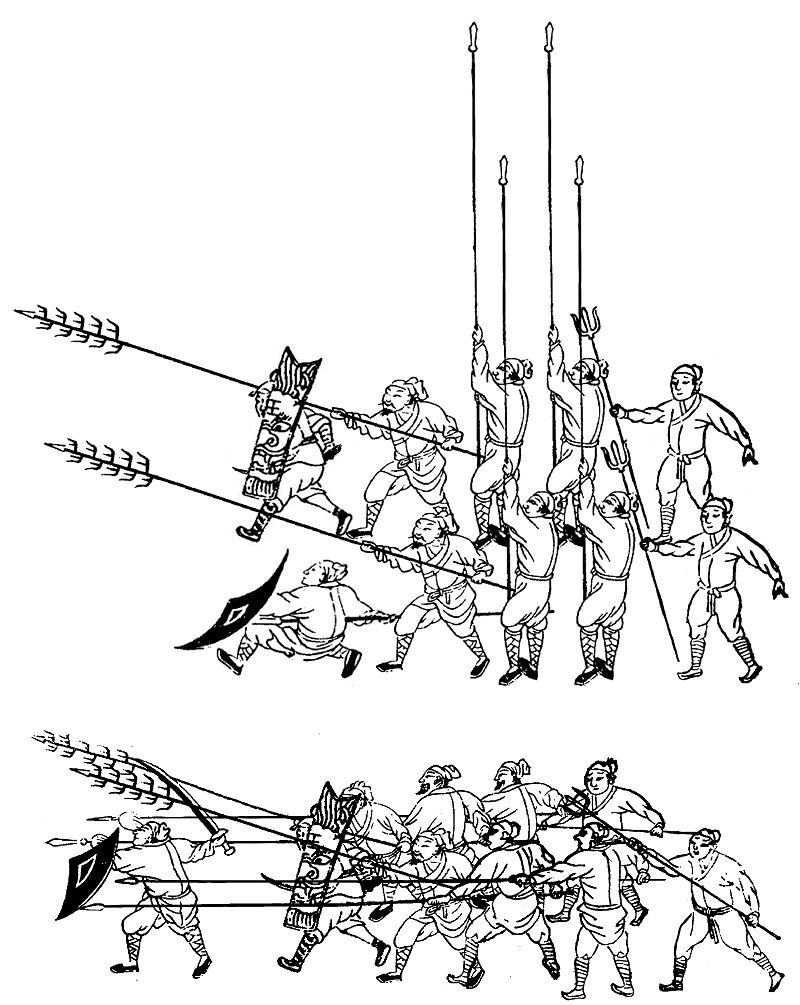