The ‘’Iron Pagodas’’ was the nickname for the Heavy Cavalry & Infantry detachments of The Chinese Song Dynasty (960-1279AD). So named for their “resemblance’’ to The Asian Building classification of ‘’Pagoda’’ (or multi-platformed buildings of varying size), in reality, it was for their Armor. At their height of deployment, The ‘’Iron Pagodas’’ numbered some 2,000-men. They were equipped with traditional Medieval Chinese weapons, even being among the first to deploy with early Matchlocks (or Firearms).

The pattern of their Armor was that of plated lamellar. These plates were affixed to a long Gambeson-type of garment, arranged from larger pieces to smaller (upwards). Their Helmet was conical in shape. Unlike traditional Armor which incorporated some for of Mail or Face protection, The ‘’Pagodas’’ used a unique form of lamellar placement which was circular in shape. This lamellar was placed so that it completely encircled the Warriors Neck, Head and Face. It very much resembled various Ancient Myceanean Dendra Armor suits in this regard.

The War Horses of The ‘’Pagodas’’ were likewise heavily plated in lamellar. Some Historians cite that they were the Asian form of The Byzantine Cataphract Heavy Cavalry. They were used to “smash’’ thru Enemy Infantry Lines (ala ‘’Shock Troops’’).

The ‘’Iron Pagodas’’ were instrumental in keeping The Mongols in check, especially in Northern China. However, political shifts would split The Song Dynasty in two by the 14th Century. Most ‘’Pagodas’’ remained in Northern China, but were unable to check the vaunted ‘’Golden Horde’’ of The Khans. They would abandon their heavy Armor and take a more traditional Infantry role in later History. 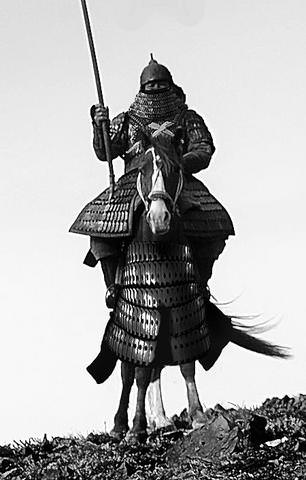