A unique and ''Novelty'' weapon not mass produced, The Chinese Hu Tou Huo Pai was a 14th Century AD Infantry War Shield, that also incorporated Rocket technology. The use of War Rockets (blackpowder fueled and launched primitive field missiles). A Pavise Shield in construction (wood), The Pai was large enough to encompass a crouching Soldier (at 4 to 5-feet in height with a 3.5-foot width).

The Pai had up to (4) ''openings'' (2 at the top and two at the bottom). On the interior of The Shield was a series of ''launching platforms'' (threads), which held 1 to 2-pound Rockets. The ''warhead'' (as it were), consisted of Lead or were Hollow and filled with gunpowder. Fuses extended rearward.

In theory, a Soldier advanced to deployment range, safe from Enemy Archers. The Soldier could then ignite each Rocket (via a ''slow match''). The Rockets would fire and launch. Naturally, accuracy was very poor, but One only needed one or two Rockets to explode over an Enemies Positions. This two was assuming The Pai did not explode itself – killing the Soldier. 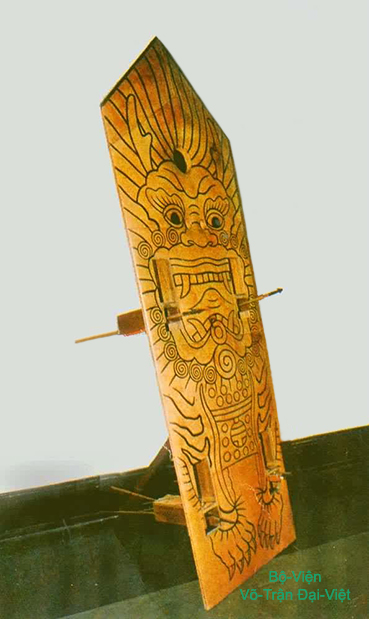