The ‘’Bannermen’’ were a class of Late Medieval Chinese Military, comparable to Militia – which existed from the 16th to early 20th Century. Similar in regards to Scotland’s Clan System, The Bannermen originated solely from The Manchu Peoples. They were identified by the basic color Red. Fiercely loyal to their Tribe or Clan, they were well known Fighters. In their early beginnings however, some Bannermen were poorly equipped and trained. In this role, many Bannermen were used as Melee Troops in support of The Imperial Army. Most were armed with Spear and Lance. Those Tribal Members of higher Class were often Commanders and Leaders. They used The Banner (or Flag System) on the battlefield – to better identify their positions. This too, was another genesis to their name ‘’Bannermen’’.

In time, Bannermen were better armed and trained, many with early Firearms (Matchlock). They became more adept with Swordsmanship. They were often deployed to quell rebellions within China. They became known for their ruthlessness with regards to taking no prisoners, often sponsoring mass executions (beheadings). By the start of The Boxer Rebellion – which pitted a politically and economically weak China against no less than 8 European Powers trying to turn China into a Vassal State – The Bannermen were employed much as the irregular Infantry of The Boxer Peasants. The Bannermen suffered incredibly high loses in combat with European Forces. After The Rebellion, with all European Powers leaving China, the surviving Bannermen Regiments still supported the ‘’dying’’ Dynasty of Pu-Yi. Between 1911-1924, most were modernized into a Regular Army Force, their name ‘’Bannermen’’ gone. 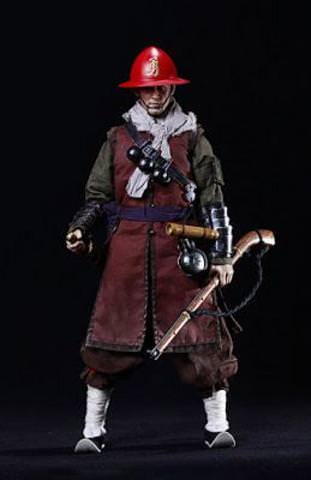