With it's greatest standing strength at one point being over 850,000 Officers, Men and effectives of all specialties – The Ming Army was the primary defensive Army of The Chinese Ming Dynasty from 1368 to 1644 AD. It was seen as one of the most effective and well trained Chinese Feudal armies of it's time. In addition to Regular Imperial Forces, Hereditary Troops, Conscripts and even Mercenaries were included. The Ming Army had a Officer Corps. mostly recruited from The Ming Nobility (as far as Imperial Troops were concerned). They maintained a large Cavalry Force (200,000) as well as implementing many major military technological advances such as gunpowder Cannon and later Matchlock Firearms. The use of primitive battlefield Rocketry was also seen.

The Ming also incorporated various Troops Formations to overwhelm Enemy emplacements. While the Infantry (Melee) Troops assault was still standard in use – many of these ''Human Waves'' used a variety of Formations quite similar to The European ''Shot and Pike'' and ''Infantry Square'' defensive and offensive Movements. The primary goal of Ming warfare was to totally overtake an Enemy (with numbers) after an intensive barrage of Artillery and Rockets (a tactic which would well serve Battlefield Commanders for Centuries to come).

Weapons varied as well. The Sword, Spear and Shield was used for Imperial ''Melee'' Forces, with Cavalry using the same or augmented with various Pole Arms. Shields were used depending on the particular Formation or tactic. The Ming Army was the dominant Chinese Military Force on The Continent until political corruption eroded first The Imperial Guard System – cascading down into various Conscript Rebellions by the 17th Century AD. Much of these Forces were replaced by a paid Mercenary System by this Period. 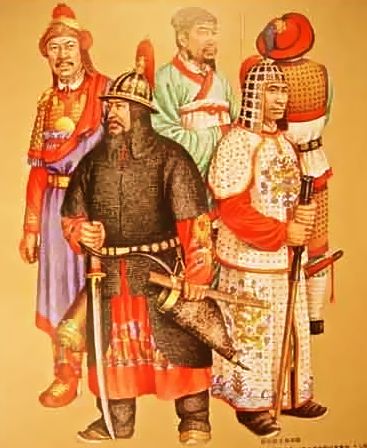