Located in Gisors, France with Construction beginning in 1095 under commission of King William II of England - of which a Mottle and Bailey design was agreed upon. William had intentions on the French throne and wanted to begin to establish his presence in France (de Gisor was his first such "intention"). Some 25 other fortifications were also constructed in France as well. Originally wooden, in 1161 stone masonry began to replace the original structures. Flanking towers, chemise walls and the outer bailey were all either replaced or added. From 1158 to 1160, The Order of The Knights Templar were placed in charge of the fortification.

Following the French conquest of the 13th Century, a second Keep was constructed. During The Hundred Years War, additional wall reinforcements and the addition of earthen berms were established. No Moat system was incorporated. In 1193 King Philip of France took Chateau de Gisors (largely in part to King Richard I having been captured and imprisoned). The last Grand Master of The Knights Templar, Jacques de Morlay was imprisoned there in 1314 - just prior to his execution for heresy. Designed to garrison 1,000 solders, de Gisors never held more than 100 men at one time. A vast majority of the outer bailey walls and Keep are in excellent condition. It is open to visitors. 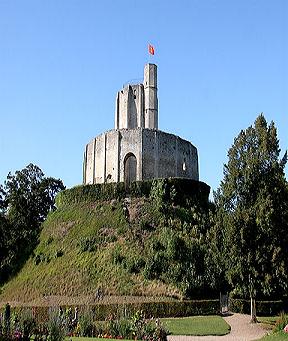 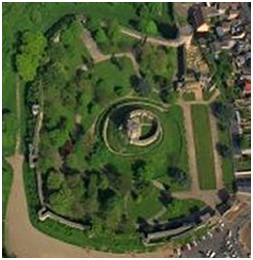