The Chateau de Bonaguil is located in Southwestern France (near Font sur Lemance), Constructed in the 13th Century by The Fumel Family (Nobles), the general circular design of the Castle was placed over an existing cavern. The Fumel Family supported England's King Henry V during The Hundred Years War, and it was attacked, taken and abandoned several times during The Conflict. Later rebuilt and fortified to support ''new'' Military and Engineering technologies during The War of The Public Weal in 1465 – The Chateau de Bonaguil would again face combat during France's Wars of Religion (1560s to 1590s). Taken over by The French Nationalist Government in 1788, much of the interiors were taken. Ruined, The Chateau was renovated many times (the last in 1985), of which it is a National Historic Site.

The Fortification featured an Outer Wall, larger towards The Main Gate – and encircling the perimeter of the main structure. A secondary Defensive Wall was added to which was added (4) Smaller Circular Towers. A much larger Turret Tower exists to the Front, with all flooring renovated to support early Cannon. The primary Keep (Donjon) is 2-stories with a central courtyard. Support buildings to The Chateau included Ferrier, Armories and Blacksmith facilities. Overlooking the small Commune by 500-feet, The Chateau's Main Gate was only accessed (originally) by rope bridges and ladders which prohibited a general frontal assault by The Chateau's Enemies. The Castle could supports upwards to 500 soldiers in Garrison. 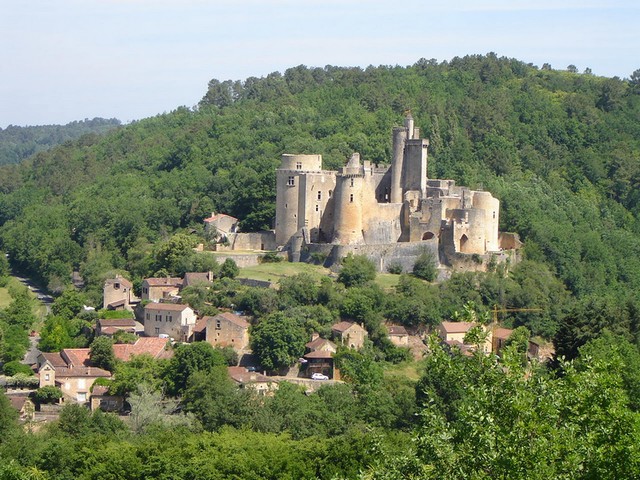