The Chartaque were of Ancient Persian design and were linked with early Fortification structures similar to Watchtowers and Guard Posts. They are often built in Frontier or Boundary locations. A Chartaque was a 4-sided, roofed structure – which was accessed via a centralized ladder through the lower ground floor (center) to any upper levels. The Chartaque could be from 1 to as many as 3 floors (depending on need). Constructed from Regional woods, it would take about 2 months to construct a proper Chartaque, These structure would also serve as a form of Garrison mini-fort, and would have to support as many as 10 Soldiers. Often, small Redoubts of earth were also placed around the base of The Chartaque.

The Turks (Ottoman) used Chartaque Towers often. The building patterns changed very little in their History. In some Germanic Nations, Chartaque Towers were adopted to interlink Fortifications. By the 18th Century, more permanent structures were attempted with stone and later concrete. However, these are often seen as related to Martello Towers, by some Historians. Many reproduced versions can be seen today in some Countries. 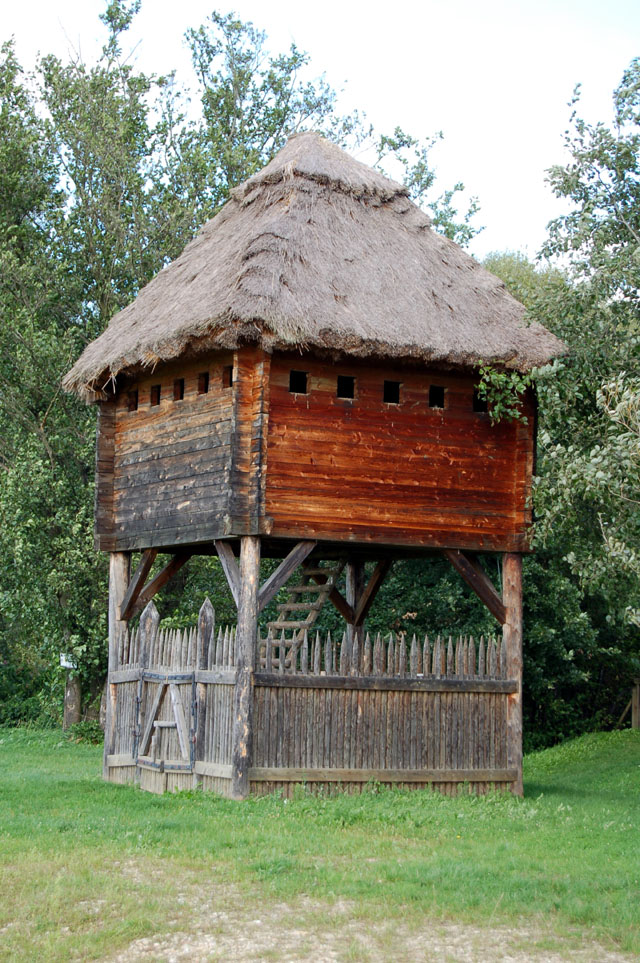