Although there were several famous “female” Pirate Captains, they were very rare. In Charlotte's case, she was born in England around 1636. Against her Parents will, she fell in love with (and ran away) – a Sailor (who turned out to be a Pirate). She purportedly dressed as man and followed her lover on his ship as a “crewman”. She also was said to have protected him many times on several of the Boarding Parties he participated in. When Charlotte's husband was accused of Mutiny, he was flogged to death. While in Port, she dressed as a woman again and lured the Captain to his death. Charlotte continued to work the Docks (as a man) – when a Merchant Captain in Port, (discovering Charlotte's secret) - kidnapped her and forced her to marry him. He was said to be a cruel and depraved man. However, Charlotte was able to gain the respect of the crew, who followed her into Mutiny (killing the Captain and taking the ship).

She was “”elected” Mistress of The Ship. Charlotte was quite successful in attacking Spanish Commerce. After several years however, she lost her ship in a storm and her and her lover (one Amelio Gonzalez) were marooned with some of the crew. Legend states that they had to resort to cannibalism. Eventually rescued by a Dutch Ship, they were attacked by Pirates on the way back to Port. The Dutch crew gallantly defended the ship (and the rescued Pirates). Legend said that Charlotte (still grieving over her dead husband, jumped overboard – to her death. Some Historians state that much of Charlotte's “Piracy” was fiction – made up for the infamous book “The History of Pirates”, by Edward Lloyd (father of England's “Penny Dreadful” novelettes), in the mid-1830s. 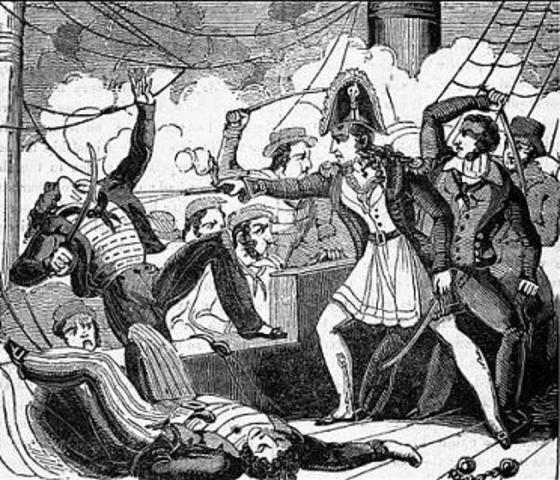