One of the original Marshals of Dodge City, Charlie was tasked with cleaning up the town reputation as a hard drinking and gambling center (much to the dismay of local Bar owners and Gambling Houses). After discharge with The Union Army at the end of The Civil War, Basset headed West (ending up in Dodge City, Kansas). He eventually opened the legendary Long Branch Saloon there. Elected in 1873 as Sheriff of Ford County, Kansas (with Headquarters at Dodge City), Basset set about the arduous task of cleaning up the County. After his term as Sheriff was over, Basset worked for Marshal Bat Masterson (again in Dodge City). After Masterson left Office, Basset was elected into the Marshal's position. He also hired Wyatt Earp to be one of his Deputy Marshals. Resigning in 1879, Basset made a try for Gold in California (unsuccessfully). In 1883, The Dodge City War broke out between Gamblers and Gunfighters. Basset (along with other famous Law Enforcement notables), were called to help. They formed The Dodge City Peace Commission. The war ended very quickly when the group of legendary Lawmen (Wyatt Earp among them) – rode into town. Finally retiring from Law Enforcement due to poor health, he died in Arkansas in 1896. 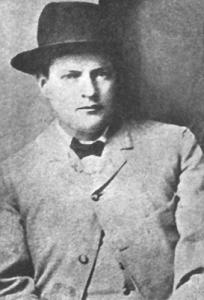