As with much pomp and circumstance afford to the ceremony bestowing Knighthood on a man, so was the equally painful task of removing such an honor. RARELY done (but it still did occur) – was The Ceremony of Degradation. In England, 3 documented cases were known. Normally, Treason was the ultimate crime a Knight could inflict upon himself (which was in direct affront to his Oath of Honor). The Ceremony normally included execution (as well). The violator was placed before Public view and stripped of his Armor. His shield would be hammered and broken in front of him and his Sword and personal weapons, likewise destroyed. Any of his “symbols” (his Crest or Heraldry) was destroyed. This was done by making a “paper version” of the Crest – and tearing it up in front of him, casting it to the ground. Finally, a disgraced Knight's “final break” was to have his Spurs destroyed. Next came the Hanging, Drawing and Quartering.......... 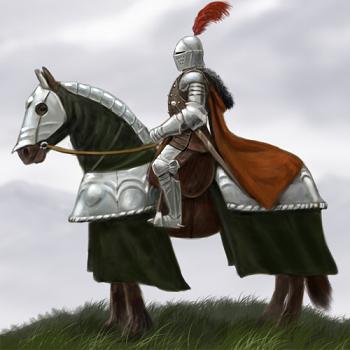