As we have seen with Celtic defensive gear, more emphasis was placed into head protection that all other types. Conversely, (unlike the highly imaginative Viking “Horned” Helmet), Celts were ACTUALLY the developer and users of such. The few surviving example were made of Bronze and featured a Bronze dome with connected “horned” extensions that went outward from the sides of the head dome. Thought to have been “worn” more by Warrior Kings, they served more for “psychological warfare” that actual “proven” battlefield protection. Yet another form of Celtic Protective headgear was the “Coppergate-Style” or Conical Helmet. Most versions were unadorned and made of either hammered bronze or thin bronze plates affixed to a wooden frame. More ornate versions found in Celtic King graves were very elaborate and more ceremonial. Both versions featured the beginning of side facial protection – in the form of affixed cheek and jaw plates, that hung from both sides. Both forms of headgear evolved simultaneously from the 4th Century B.C. Forward (with Horned versions recorded by Rome). 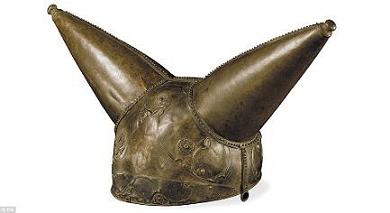