The term ''Cattle Baron'' was an impromptu Title given to various wealthy cattle Owners who would become Magnates of Cattle Herding and Supply. Typically, these ''Prairie Businessmen'' owned many larger Cattle Herds (300 to 1,000 Head). To facilitate their Herds, most owned vast tracks of land within a Territory or State. Much of this land was much more valuable if it had ample grazing and water resources. When not grazing their own Herds, it was common for Cattle Barons to ''rent out'' such land to other Cattlemen for their use (at profit and only for a predetermined time).

The goal of The Cattle Baron was – as we have seen, was to move vast Herds (under control of Drovers), cross country – to centers of Mass Transportation Hubs, know as Rail Heads. Once there, the cattle would be either turned over to purchasers (via Contract), and slaughtered for use. The Rail Transport was able to move such either back East or to wherever needed. The best Contract Purchaser was The Federal Government (US Army).

Cattle Barons held immense control over a Region, by virtue of the land they owned and often the Towns that developed there as a result of Cattle Production and care. Barons often controlled Law Enforcement ''appointments'' and had equal influence with Magistrates. Many used their ''power'' to maintain their ''authority'', often even recruiting former Outlaws for ''Protection Police'' of their concerns. Although a Male dominated ''profession'', several Women too, became Barons as well.

With the incorporation of other forms of Animal Production (Sheep, Goats, etc.) - competition for grazing and water rights would cause harsh and bloody conflicts between Barons and new non-cattle herders. Due to corruption withing local Law Enforcement, Federal Law Enforcement as well as The US Army was often used to end such. With better means of cattle production and movement, as well as elimination of corrupt Judges, the ''Cattle Baron'' would slowly die out by the early 1920s. 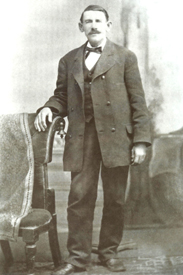