A variation of the previously discussed "Comb Helmet", the 18th Century "Caterpillar" Helmet was so named for it's decorative embellishment on the top of the helmet and it's resemblance to a pupilary insect. The embellishment was affixed to the top portion of a standard Comb Helmet. The size and color was a matter of both National "taste" and Unit Branch or identifier. The Caterpillar Helmet was identical in construction to The Comb Helmet. Popular with many Napoleonic and English Cavalry and Mounted Infantry Units, The Caterpillar was in style until the mid-19th Century in Europe. It, like it's related Comb Helmet variation, are still seen in use with Ceremonial Units. 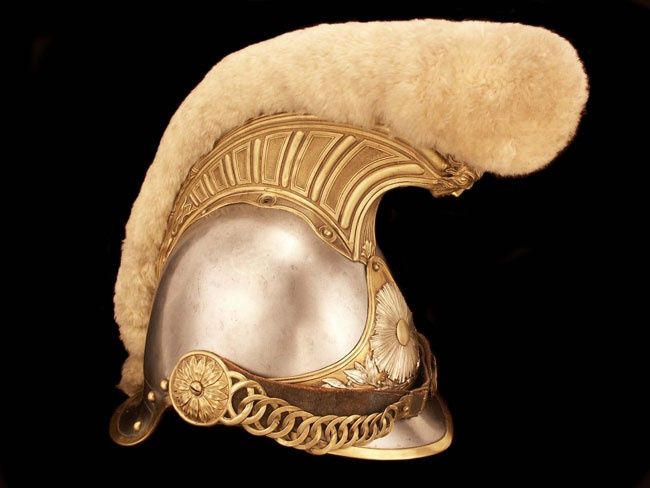