Much has been debated on the actual cost in Human life, with regards to The American Civil War of 1861-1865. Considered the costliest in terms of casualties – so much so that more Men died in it than all other American Wars combined, to date. Civil Wars are often costly to a Nation. America’s was no different.
Many figures have been bandied about with regards to a “final” number. Most gravitate towards 620,000 to 750,000 lives list on both sides. Most of these are broken down into two distinct categories. The first – actual battle related deaths and those attributed to disease. Both will be examined.

DISEASE RELATED:
The biggest contributing factor to Civil War deaths was actually disease and not bullets. In the mid-19th Century, Medical advances that we in our Modern Era take for granted, did not exist (or were in their “unproven” infancy). Antibiotics did not yet exist. This, coupled with other common factors as the mass gathering of Men from all walks of life into areas which could not adequately support such numbers, were recipes for disasters.
City Dwellers were more prone to influenza and other bodily “Fevers”. However robust a Soldier was, contagion still spread. This, along with other factors such as poorly stored and prepared food, non-potable or likewise contaminated water, killed an estimated 150 to 250,000 on both sides of The Conflict from 1861 to 1865. By way of example, in the early months of The War, a Federal Regiment of Infantry was roughly 150 to 200 strong. 1% of this number could easily die from dysentery well before being felled by an Enemy ball.

BATTLE RELATED:
As terrible as disease related casualties were, deaths from Battle were great. An estimated 400,000 were tallied between The Union and The Confederacy. This high number was attributed to several factors. The first was the continued use of antiquated 18th Century Battle tactics versus the huge advances in Military Firearms technology. Long lines of Infantry still “lined up” in Formations of several hundred yards and “fired away” at each other. The use of smoothbore Rifles and Cannons using “Round Ball”, created lower velocities. When the advent of Rifling and Conical Bullets (soon replaced by Brass Cartridges) – with most becoming fatal and instant casualties. As we have seen with the many injuries sustained, death from amputation (Sepsis) and a myriad of infections were common.

The high casualties on both sides were stemmed to some degree, by Organizations such as The US Sanitation Commission. Formed from Civilian workers and overseen by Federal Army Doctors, great strides in providing better food and water sources were made. Attempts were made in The Confederate Army (but were by and large unsuccessful, in part to material shortages brought about by The Union Naval Blockade).

Close to 1 Million men perished in The War Between The States. A tragic number now largely forgotten, save those who travel yearly to the numerous National Cemeteries to glance by chance the many hundreds of Graves on both sides, many marked as UNKNOWN. Many more on occasion are still discovered by accident, buried where they fell – only to be “discovered” with every Civil Building Project that is built where once a field was. 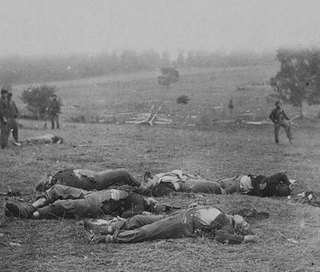