The Roman Military was well known for it's strict Military ethos. It was also recognized for it's equally harsh punishments. Dereliction of duty was considered a slight against The Senate or Emperor. Some types of dereliction could warrant death. Normally, such violations could be dealt with on a less than lethal method. One such way was The Castigatio. The Castigatio was actually defined as two devices used to administer punishment, the Administrator of which, was a Centurion. In cases of "Lesser" Centurions, they carried a curved walking stick. This was used to beat the back of the offender. In like cases with "Higher" Classed Centurions, a "War Baton" was used the same way. The goal was to "correct" and not to "kill". Of note, the use of The Lash or Whip was normally NOT used on a Roman Citizen. Such punishments were used against Slaves, Condemned Prisoners and Non-Citizens. 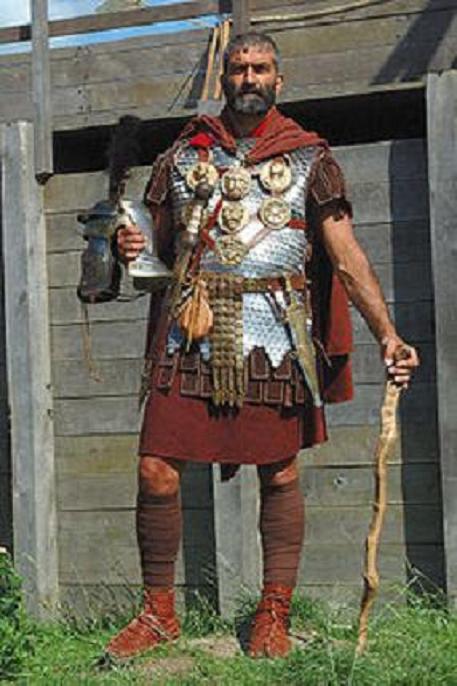