The Prose (Poem) known as ''The Cantar de mio Cid'' or ''Song of My Cid'' – was produced by an unknown 11th Century AD Author. It chronicles some of the adventures of Rodrigo Diaz – known to History as ''El Cid''. As had been previously discussed, ''Cid'' translated to mean ''Lord''. Much of the Poem may have served to enhance His ''legend''. The Poem style was a form of ''Juglaria'' or ''Oral Poem'' – meant to be read or even sung aloud. It was also common to change the stanzas (adding or detracting) lines by different Readers or Singers (such as a Minstrel, Troubadour, etc.)

The Cantar was in keeping with Spanish writing of The Era. Considered a ''Realist'' Work (which unlike English, French and German comparable pieces) – used no ''supernatural overtures'' to tell and enhance various lines (fighting of Devils, Demons or related ''beasts''). Much of The Cantar was based on El Cid's early combat with The Moorish Incursions (Reconquista) and his personal interactions with King Alfonso VI. Although missing several pages, it is one of the few surviving pieces of literature from Spain's 11th Century. 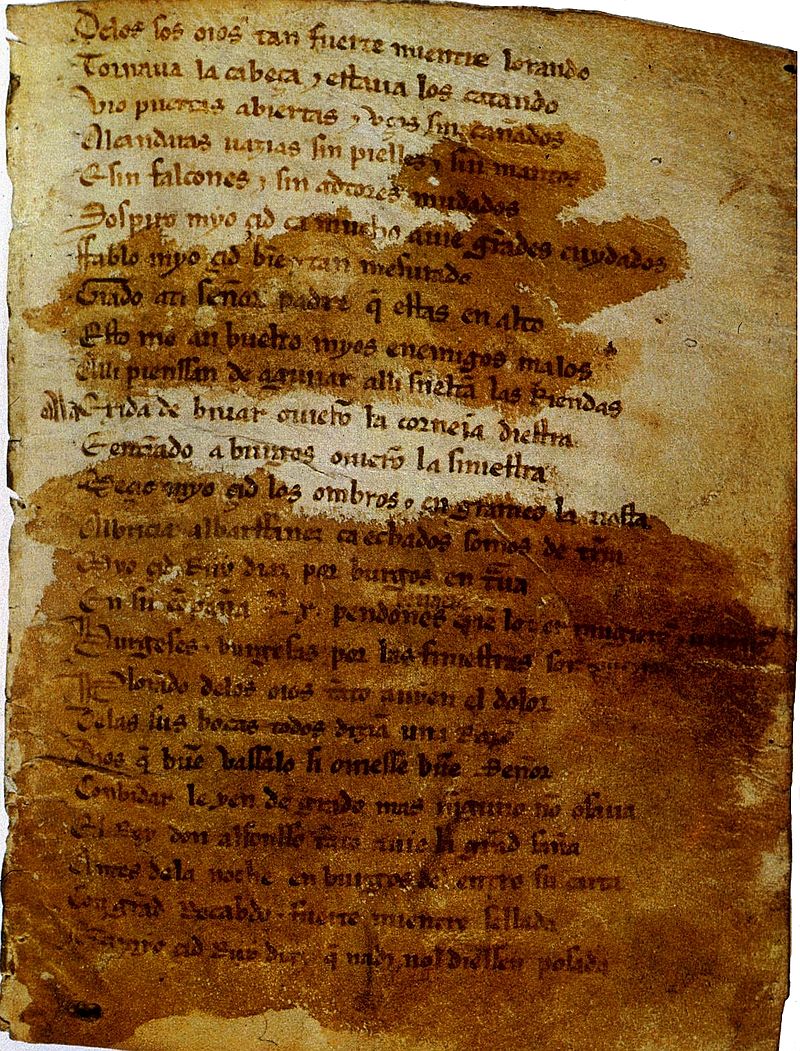