The ''Otter'' was a Canadian produced ''Light'' Armored Vehicle (Car), used for Reconnaissance operations, during World War II. A few were also exported to Great Britain for their War Effort. Somewhat heavier that most Models in use then, this was overlooked for it's survival in combat. First deployed in 1942, over 1,700 ''Otter'' Vehicles were produced. Many remained in Inventory well after 1945. Crewed by (3), The ''Otter'' was 15-feet long and weighed 4-tons. Armor plating was rated at .55-inches throughout. Powered by a single General Motors (US) 6-Cylinder Engine, they could achieve speeds of 50-mph. These were 4x4 Wheeled Cars, making them all-terrain. Armament varied, but the 7.7mm Bren Machine Gun was standard. 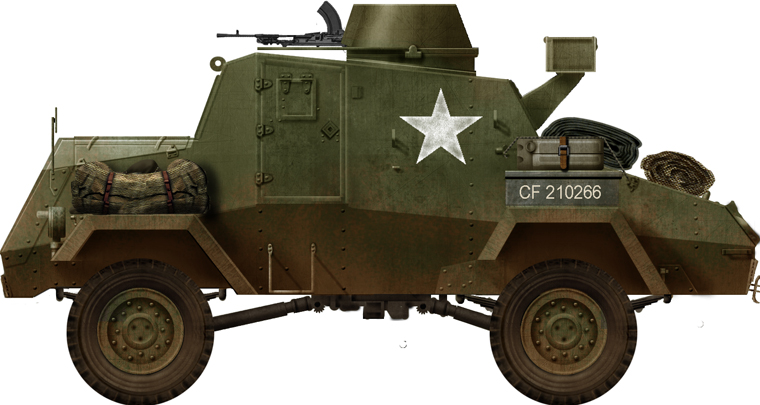