Copied from The US ''Sherman'' Battle Tank used during World War II, The Canadian ''Grizzly'' Type 1 was mass produced for Service with The Canadian Army during that Conflict. The ''Grizzy'' was deployed from 1943-1945. While most such Battle Tanks were imported from US sources – The ''Grizzly'' was among the first such produced solely in Canada.

(188) Models were produced for The War Effort. Crewed by (5), The ''Grizzly'' weighed 30-tons and was 20-feet long. It was plated with .75mm of Armor Plating throughout. Power was provided by a single Continental 9-Cylinder Gas Engine, capable of 400-HP. Flat Terrain speed was rated at 38-mph. Primary armament was a 75mm Main Gun (American made) with a 2,000-yard maximum effective range. Secondary weapons also included (2) .30-06 Machine Guns. After The War, The ''Grizzly'' Class was sold to The Portuguese Army (which used them until 1980). 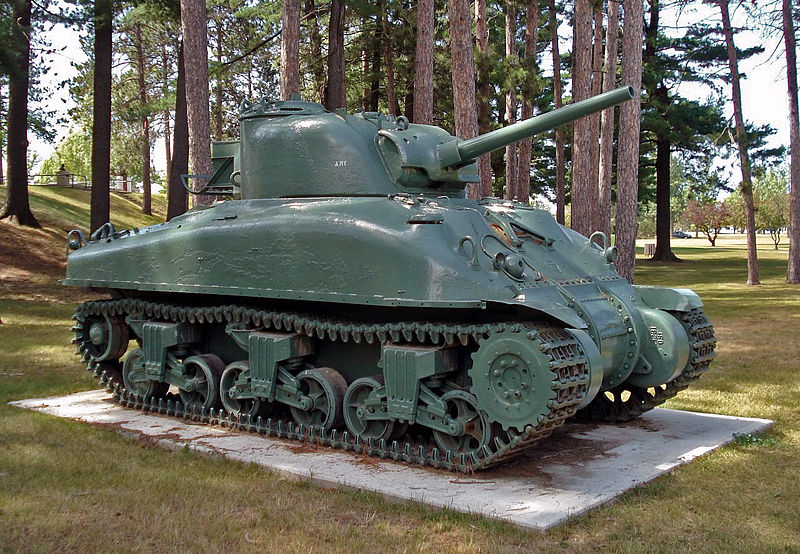