Translated to mean ''Domestics'', The Domestikos were a Royal Guard Force employed by an Emperor. Their use as an Elite Military Unit can be traced briefly to the Late Roman Imperial Period and later Constantinian Era. The Domesikos were more of a feature in The Eastern Empire or Byzantium, around the 6th Century AD. Composed of only the most trusted soldiers (recommended) from within The Imperial Army, The Guard also had Nobility serving as it's Officers. Often, when deployed with The Royal Army, The Domesikos would be used as an ''Army of Occupation'', often having Imperial Authority. Experts in both Mounted and Dismounted Fighting, The Domestikos wore Lamellar or Plated Armor and used only the best in Swords and Spear. They also served as Heavy Cavalry (Cataphracts), when required. 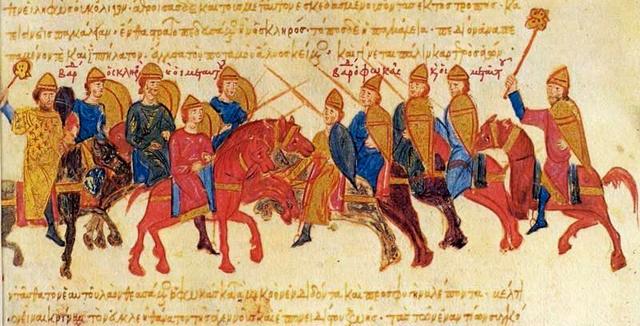