These "low" ranking Infantry Soldiers, were used in 13th Century Burgundian Armies. Seen as "Melee" Troops, they were armed with very basic weapons. These traditionally were The Spear and Short Sword. By the 15th Century, they were seen as mostly Pole Arm Warriors. The Voulge and Bardache were most popular. Not Peasant Soldiers, they were paid by sustenance. They also did not retain their weapons. The Coutillier Soldier was dominate during The Hundred Years War. 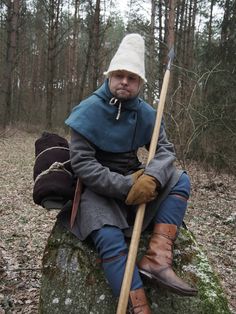