A Medieval Title of mostly Germanic origins, a Burgrave was Nobleman placed in charge of a Castle. This Title and duties was conveyed by either The Monarch of a Kingdom or – in cases of The Holy Roman Empire, The Emperor. The Title is a direct link to that of a ''Count'' and has the same power and authority. Burgraves were seen in abundance around the 12th Century AD. They were useful when Germanic Nations colonized Regions. A Burgrave was placed in charge of said. Naturally, these men came from Noble birth and were well trusted to carry out royal decree and orders. Often Burgraves oversaw Military supply and recruitment of soldiers for a King or Emperor when needed. By the mid 19th Century, the Title was mostly abandoned in use. 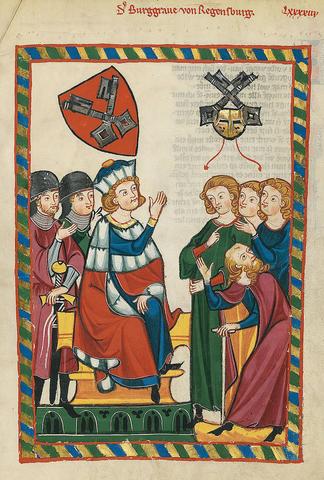