As seen with The Martial Baton, The Bulawa evolved as a traditional symbol of Military high Rank in Middle and Eastern Europe. As previously discussed, The Bulawa was related to The Hetman (or Ataman) position in Hungary and nearby Nations around the 15th Century. Similar to a War or Battle Mace, The Bulawa was a miniature version, which was awarded to High Ranking Military Officials by a King or Queen. They ranged in various sizes, but mostly did not exceed 2-feet. They often resembled a small Sceptre (another symbol of their ''Royal'' conferred – authority). Many were covered in metal encasements of Silver or other precious metals. Some were finely embellished, to enhance their appearance. By the 20th Century, they were still conferred, but known as a ''Marshal's Bulawa''. Today, they appear only on Heraldic Crests as symbols of Martial Office. 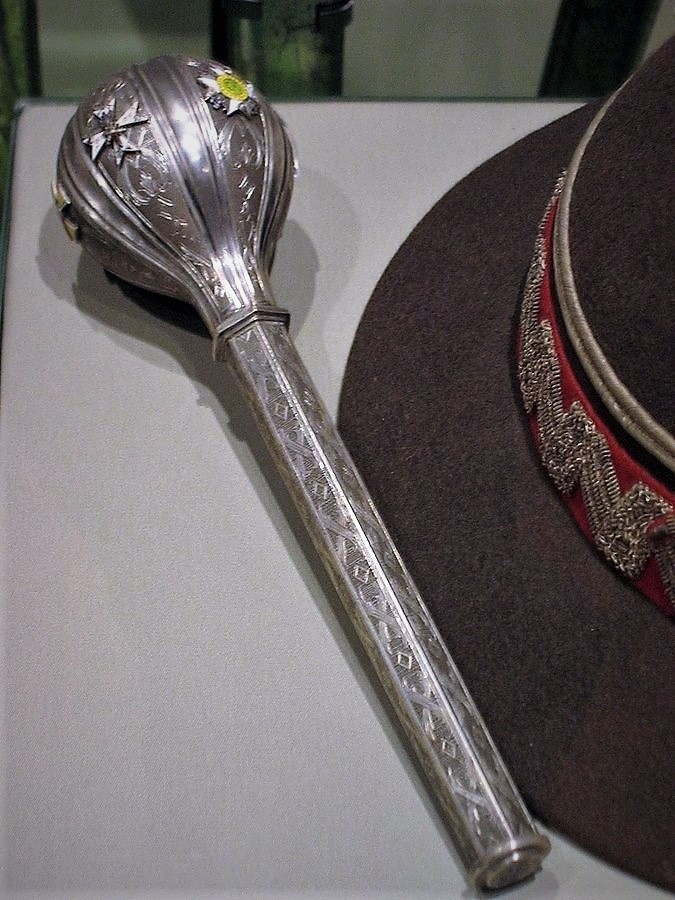