The ''Budenovka'' was a form of Military Headgear seen in use mostly with Supporters of The Communist Revolution of 1917 -1922. Iconic in appearance, The Budenovka were made of stiffened cloth, stitched into a type of cone-like top. Featuring a Front facing Brim for eye cover, The Hat also had side flaps which could be joined at the top (a cold weather feature). Unlatched, the flaps could be pulled don to protect the ears, side of the face and under chin. Often, these Hats were covered on the inside with fur or layers of felt. Colors varied with Gray and Dark Green (even several Black versions were known to exist).

As adopted by The Communist Army, a 5-Point Felt Red Star was affixed to the Front. Versions are shown to also feature a White or Gold Star Device with ''The Worker's Sickle''. Imperial Russian Soldiers began using The Budenovka Hat towards the end of World War I – with The Communists adopting it as part of their ''official'' uniform. It would be used until 1941, when it was eventually phased out. 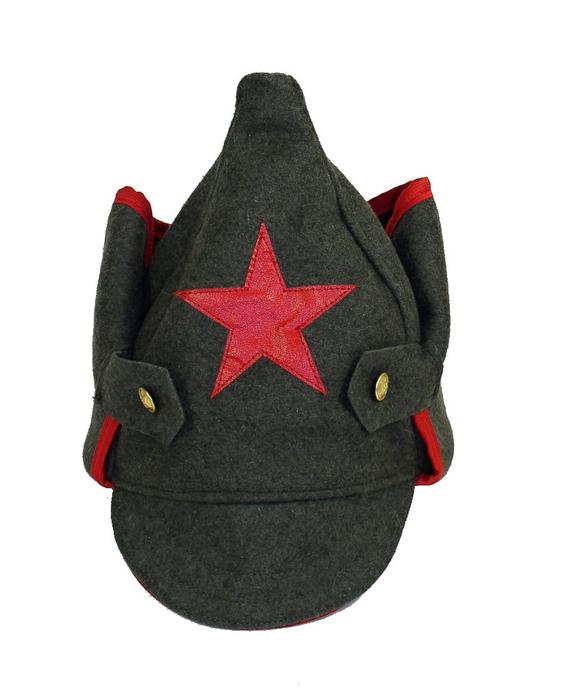