Just as important to any sword or dagger was it's incorporation with a shield. The Buckler was a small rounded shield (7 to 20 in circumference). Considered a "companion weapon", it was designed to be used to protect the non-weapons welding hand of the user (and to some degree the wrist and forearm). Made of wood (sometimes covered in a light skin of metal), it's composition had to remain light (yet strong). Not effective against arrows, axes or related heavy blades.

They could be used as a striking force weapon if need be (blunt force trauma). A clever tactic incorporated with the Buckler, was it's use to shield the eyes. If an enemy was "watching" for the tell-tale "pre-eye movement" of one's eyes in relation to a strike - the Buckler could shield the eyes enough to combat this "tell". Bucklers had a religious significance as well. Often a Lord or Prince would have his Buckler placed at a local Church Altar. Votive candles or prayers of intention would be offered. It was considered good luck to a Lord's impending battle or war. 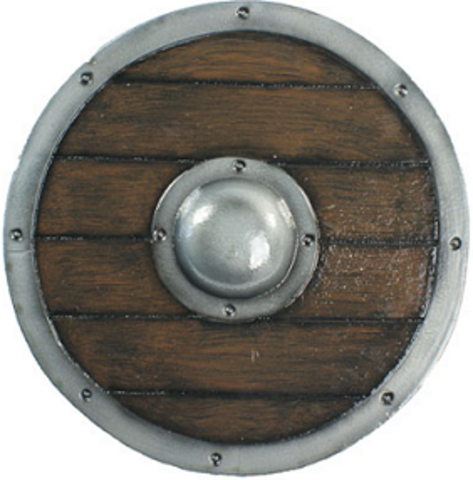