These Drystone structures were seen in the 4th Century A.D. (and may even be older Iron Age designs as well). Developed in Scotland, they were similar to a Ringfort and Defensive “Squat” Turret structures. Roman invaders may have found these ancient structures and modified them for their uses. Defensive in nature (against enemies), Broch structures could be built large enough to provide protection to small communities and livestock (in times of attack). Broch structures were also early forerunners to The Motte design – in that some were constructed on small mounds (even including stone and wooden Perimeter walls). Some Broch structures were multi-leveled and enclosed, while others were not. Many examples still exist. 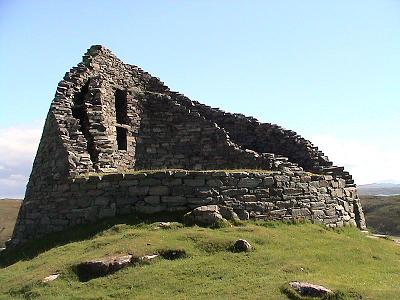