Akin to an Auxiliary or Reserve Military Force, The British Yeomanry Cavalry System traced it's beginnings to 1794. The Yeomanry was formed in mostly rural areas of England and was composed of upper Middle-Class and lower to mid-level aristocracy. Traditionally, Yeomanry Units were mounted. Wealth was a pre-requisite to join. Yeomanry had to supply their own mounts and equipment and also had to support their Unit. Although they followed the uniform regulations of The British Army (to which they were affiliated with), many had elaborate and ''flashy'' uniforms.

Many Yeomanry Officers were also very political, often being members of both Parliamentary Houses (Lords and Commons). As such, and to lower classes – the Yeomanry was seen as an enforcement arm for that particular Officer's agenda. This was made true with regards to one of The Yeomanry Systems more blacker part of history during what was known as The ''Peterloo Massacre'' of 1818. Yeomanry was used to augment the Police Forces (or lack of). The impending use of which crated problems.

During the following reforms after 1818, many Yeomanry Units began to be used solely for National Defense measures and deployments. Many such Units were used in The Anglo Zulu Wars of the 1870s in South Africa, and than again later during The Boer Wars.

By 1908, many Yeomanry Units had been disbanded or absorbed into traditional British Army Cavalry Units. Those surviving Squadrons that served in World War I, were repurposed as Infantry. By the end of World War II, The System was all but discontinued – but several Squadrons within The British Reserve Systems currently retain their Yeomanry title. 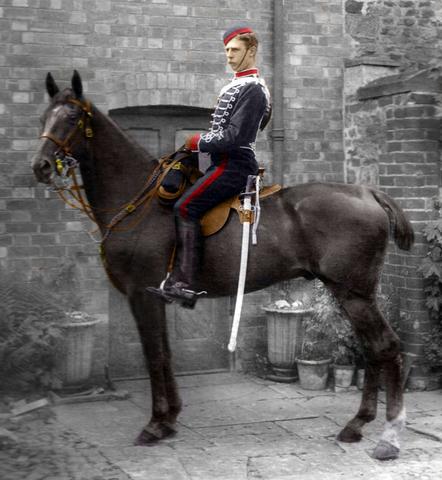