''Yellow Sun'' was the code name for The British Nuclear weapon, first deployed in 1959. Officially, The ''Bomb, Aircraft HE 7000-Lb Mark I'', was the product of the previously discussed ''Blue Streak'' Project with US assistance, to develop a British Nuclear arsenal. Most British devices up to this point were British casings with US Warheads adapted, or copies of The Mark 28 US Device. ''Yellow Sun'' was the first viable and mass deployed British Nuclear Device, signaling their ''entrance'' into The Cold War Era.

While the Project is known as ''Yellow Sun'', this is actually the name of the device but not the initial warhead package. Two were developed between 1959 and 1961. The first was the Uranium enriched ''Green Grass'' and the second was ''Red Snow'' (which was a Hydrogen/plutonium based Warhead.

The Unique design properties of ''Yellow Sun'' was in it's shape. A large flat nose, caused sufficent airspeed drag to slow the device, when dropped from a Bomber. Power for arming mechanism was provided by Ram-air Turbines and acid free Batteries.

The ''Yellow Sun'' Devices were replaced within The British Inventory in 1966 with The Mark 43 Nuclear Device. 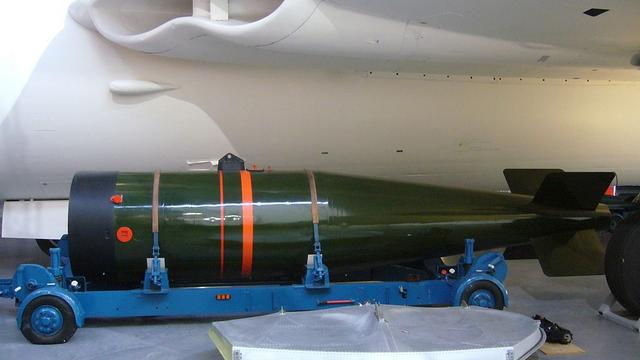