Another British Special Operations Project of World War II, was The Welman Submarine. This vessel was a one-man, Commando Submarine which was completely electric in propulsion. The Welman was seen as an extension of the popular Chariot Special Operations Submersibles (then in use). The Welman Sub was first deployed in 1942. A typical Welman was 2,000 pounds displaced. They were between 17 and 20-feet in length. They could reach a depth of 300-feet (although most operated in waters of 100-feet). The Sub could range over 30-miles and achieve 10-mph underwater. The Welman could deploy a 425-pound timed charge.

Although only 100 Welman's were produced, they proved very effective again Germany's Torpedo Boats, with many Welman Sub's raiding German Bases in Spain. One Welman was captured by Germany and despite their attempts to replicate them, they were unsuccessful. A common issue with The Welman was that first it had no periscope. This meant that an Operator had to completely surface prior to engaging his target (and thus exposing himself). Another, was that unlike The Chariot (which in essence was an underwater sled), The Welman could not penetrate submarine netting (due to the Operator being unable in leaving his Sub). 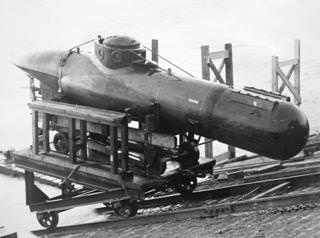