Designed and developed by British Special Operations Services for basic Commando use, The Welgun 9mm Sub-Machine Gun was first produced in 1943. They were seen as a more expensive option to the cheaper (yet popular) Sten Gun (also a 9mm). A blowback, gas operated weapon, The Welgun was similar to The US M3 .45 Caliber Sub-Machine Gun (aka The ''Grease'' Gun). It was composed of only a few major components and could operate in extreme climates under conditions such as underwater immersion or mud. The Welgun featured a 32-round attached ammunition clip. It could maintain 500 rounds per minute. Although performing good in testing, a common issue was with burring along the bolt (slight cuts and nicks to the rapidly moving bolt which – could cause jamming). This flaw happened more often than not and quickly turned the contract for mass production with The Government. Despite this, several hundred Welguns were deployed with Special Commando Units operating behind German Lines. 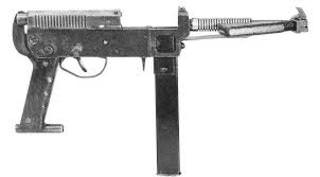