Deployed in 1939, The British Vickers Warwick was the largest Multi-Purpose Aircraft used by The RAF during World War II. Only 850 of these aircraft were built and deployed. Seen as a support craft to The Vickers Wellington Bomber, The Warwick was used as a recon and sea-rescue craft. (12) such were later converted into Bombers. The original design of The Warwick was for commercial transportation when first designed in 1932. They were well received by civilian Pilots and were a likely addition to The British RAF when hostilities began for that Nation in World War II.

The Warwick was 75-feet in length with a wingspan of 97-feet. Crewed by (6), she was powered by Twin Pratt & Whitney ''Double Wasp'' Radial Engines, capable of producing 1,850-HP each. The Warwick could support a cargo weight of 45,000-lbs. She could achieve an airspeed of 225-mph with an operational ceiling of 21,500-feet. The Warwick, although configured for primarily cargo, when they were used as recon and later Medium Bombers (late War), they carried (8) .303 Caliber Machine Guns fixed throughout Her fuselage. (10) variants were designed, with many being sold to The South African Air Force. They would remain in used into the 1950s. 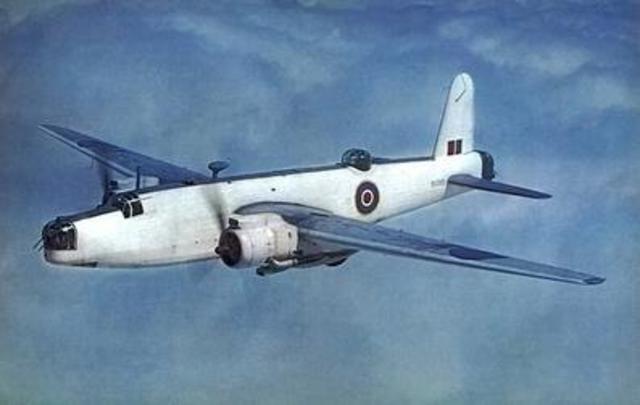