The short lived Vickers Type 432 was a proposed High altitude Fighter, experimented with by The British Military early in World War II (1942). ''Lessons learned'' from the Air Battle of Britain, showed the need for such fighters to engage Enemy Bombers at high altitude. Related to de Havilland's ''Mosquito'', The Type 432 high operational ceiling issues above 23,000-feet. As a result, only a prototype was ever built. The British Military decided to not invest in The Type 432 after 1943. Designed to support (1) Pilot, The Type 432 was 40-feet in length with a wingspan of 60-feet. Power was provided by Twin Rolls Merlin V-12 Engines, capable of a speed of 380-mph. Armament with the prototype was (6) 20mm Guns. 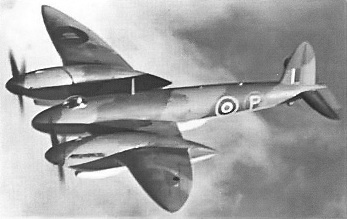