While The Vickers Armament Company was best known for it's small arms productions, it did experiment with various Armor Fighting Vehicle designs. One such, was The Vickers 6-Ton Light Tank. The 6-Ton was never marketed for The British Military (despite several attempts to have them purchase it). The 100-odd Models built were marketed to various Eastern European Armies between 1928 and 1936. It was a popular small Armor Fighting Vehicle. The Soviet Union purchased licensing permission of The 6-Ton, with over 12,000 Models built. Many of these were used in World War II. The final deployment of Vickers Tanks was with The Finnish Army in 1959.

A dual tracked system, power was provided by an Armstrong Puma, which produced 98-HP and a land speed of 22-mph. 6-Tins in weight, The Vickers Tank was 16-feet long, 7-feet wide and 7-feet in height. They were crewed by (3). Typically armed with a 57mm Main Gun, most Foreign Armies replaced these with many other Gun Systems. 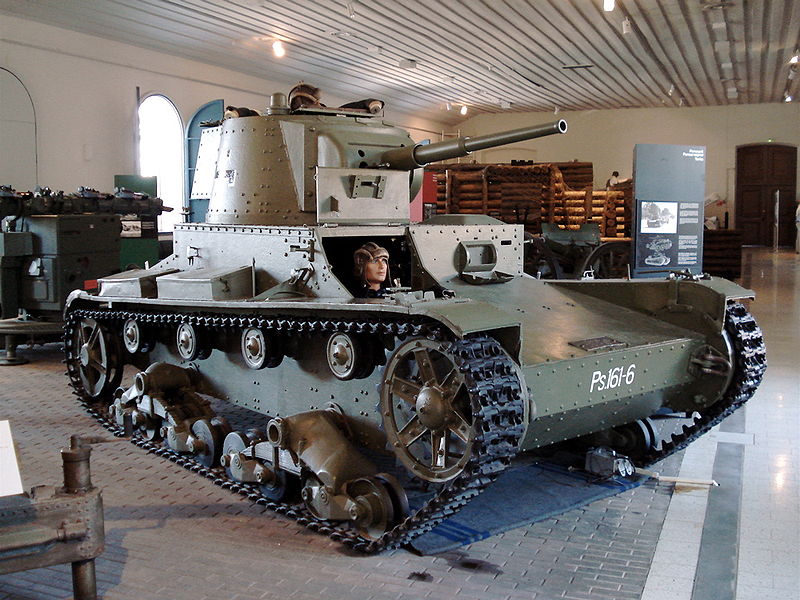